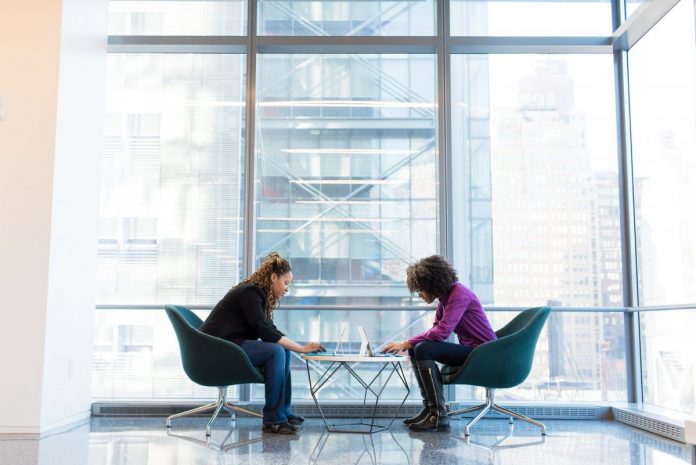 Starting a business with million-dollar business ideas is always a risk. Even if you have a lot of money and a product or service that people want, it’s hard to know if your business will be successful. It is a lot harder to predict what will happen next year, let alone 10 years from now.

A lot can happen in ten years, but most businesses don’t even make it that long. Half of all small businesses fail before their fifth anniversary. We wanted to find out if certain types of businesses are more likely to stay in business, and the answer is yes.

If you start a business today in one of the ten most profitable industries listed below, it’s likely that the business will still be around in ten years and may even grow quickly and make a lot of money.

Technology should not be a surprise at the top of our list. Almost everything we do and see today is based on technology. The most interesting thing about tech is how it has changed over the last few years and how it will change over the next ten years.

In our rating, the tech industry did well in every category. Even though job and output growth projections for some tech subsectors are slower than they were a decade ago, the tech industry as a whole is on the right track. 44% of venture capital funding goes to the technology industry. A high-profit margin of 12.4% is also attracted to tech products and services. Tech output is expected to grow by 135%, from $356 billion in 2016 to $482 billion in 2026.

It is expected that the health sector will be one of the largest million dollar business ideas in the future. The health industry is quickly growing into a very diverse field with a lot of business opportunities.

Also Read: How To Make Extra Money In 2023 And Change Your Life

The last of our top three industries to get into now if you want to be rich in ten years is the energy industry. The energy business is driven by calls for more sustainability and efficiency, concerns about public policy, and rising demand due to population growth.

Over the next five years, it is expected that the energy sector, especially the mining and oil and gas extraction industries, will bring in 8.1% more money. Our research shows that this is the most of any industry.

Between 2016 and 2026, the mining subsector’s output will grow by 133%, and job growth is also expected to be positive. In 2016, 626,00 people worked in the mining industry, but 717,00 are expected to work in the industry in 2026. This method puts more weight on how quickly things are changing than on how big the industry is, even though this rise doesn’t seem to be all that big.

Most of us think of media as something to be used, but for entrepreneurs, it can be one very profitable million dollar business ideas. Media includes a wide range of subsectors, from established ones like television to new ones (think streaming media, virtual reality, and gaming).

The last of our top five most productive industries was the media industry. In 2006, the industry made $235 billion, but by 2026, it is expected to make $357 billion. Due to the growth of VR and gaming, the industry now makes up about 10% of venture capital spending.

But the biggest reason we put the media industry near the top of our list was that it made a lot of money. The profit margin for traditional media, such as broadcast media, is 18.25%, while it is 19.7% for digital media. In our ranking, this industry was the best of all.

The top half of our list ends with consumer retail. Even though our sources have a lot of different ideas about what consumer retail is, most of them include both online and offline retail.

The retail industry is not doing very well when it comes to sales and profits. 2.61 percent is the average net profit margin. Only 1.2% growth in sales is expected over the next 10 years. But retailers make money from how much they sell. The output is expected to go from $1.5 trillion in 2016 to around $2 trillion in 2026, which is an increase of 128 percent. Also, retail stock prices have gone up by 187% in the last ten years, making this a sector to keep an eye on.

Construction is another million dollar business ideas with a long history that will grow faster than expected in the next ten years. After the economic downturn of 2008, this industry fell on hard times, but it has since recovered. Just think about more than bulldozers and hard hats. The sector is changing because of changes in policy and technology.

Because building projects require a lot of people to work on them, the construction industry has been adding jobs quickly and will continue to do so. In 2016, 6.7 million people worked in the industry, and by 2026, that number is expected to rise to 7.6 million.

After health care, technology, and energy, the construction industry is expected to have the biggest increase in output between 2016 and 2026, at 131%. Other numbers, like stock gains and projected revenue, aren’t as good for the construction business, but the basics of output and job growth make it a future industry.

Our data shows that the hospitality sector had the second highest 10-year stock market growth, at 214 percent. At 2.40 percent, it was the third-highest estimate for income. Even though Airbnb is a competitor, hotels have kept a respectable 11 percent profit margin. Over the next few years, it is expected that both output and employment will grow. The fact that productivity is expected to go up by 118% by 2026 is pretty amazing.

Also Read: How to Become an Entrepreneur With No Money in 2023

Finance is one of those fields that is behind the times when it comes to new ideas. Still, startups now have to compete with banks and brokerages that have been around for a long time. This gets the industry ready to give customers different choices.

The average profit margin in the finance business was the second highest, after the media and entertainment business. Ten years ago, the value of stocks in finance and insurance went up by 66 percent. In this business, revenue and job growth are expected to be fairly strong, and output is expected to rise by 126%, from $1.7 trillion in 2016 to $2.2 trillion in 2026.

Since construction is a big part of the real estate business, it will grow a lot over the next ten years. Real estate agents, property managers, and other service providers make up most of this industry’s income and output. But the BLS also counts equipment rental companies and companies that rent out consumer goods as part of this industry.

Our data shows that the real estate industry did not do well in any one area, which puts it near the bottom of the top 10. But the overall performance of this sector was quite good. The profit margins in this industry are around 10%, and stocks have gone up 56% in the last ten years. Output and employment are both expected to rise in the next 10 years. With predicted growth in output of 126%, real estate is on the same level as finance for this indicator.

Any news site is likely to have stories about how transportation will change in the future. No matter if it’s the latest news about Tesla, a policy fight over high-speed rail, or a flight delay, transportation is always in the news. People are looking for new and better ways to get around.

The revenue of the transportation industry is expected to grow by 2.2% by 2023. Even though this may not seem like much, transportation is one of the top five industries based on this one piece of information.

The expected job growth in transportation is about average, but the industry is likely to do well in terms of output over the next few years. In 2016, $909 billion was made in the transportation industry. The output is expected to grow by 124 percent, to $1,100 billion, by 2026.

Any problem with a physical product takes time to work out, but once marketing and shipping are at their best, sales and profits will start to come in. When you think about it, you can say the same thing about each of the million dollar business ideas above. This year, you should try something new and put yourself out there. You may end up as CEO sooner than you think.

The 20 Best Firms for Freelancers as a Jobs

How to Write a CV: Make the Perfect Curriculum Vitae in 2022

Best Side Hustle Ideas For 2023 To Make an Extra Income

5 Business Ideas for Fashion Fanatics in 2023

2023: The Year of Business Games Strategy

4 most common legal structure for business

Bitcoin Jumped Up After Elon Musk Changed his Bio

ABOUT US
FOLLOW US
© EntrepreneurshipValley.com All Copyrights Reserved.
MORE STORIES

Best Side Hustle Ideas For 2023 To Make an Extra Income

Best 8 Tips and Ideas to Start an Amazon Business